Real experts are often well known locally and in the professional community. They guard their reputation carefully. Pseudo-experts, on the other hand, often show up once and then disappear. To verify the authenticity of an expert, it is worthwhile to look up his or her biography, social networking pages, website, articles, comments to other media and feedback from colleagues about his or her activities.

On September 30, 2014, the newspaper Vechernyaya Moscow published an interview with Latvian political scientist Einars Graudins, who was presented as an “OSCE expert”. However, this person had no connection whatsoever with the OSCE, the Organization for Security and Co-operation in Europe. This was confirmed by the OSCE mission in Ukraine via its official Twitter account.

First look for these experts on the website of the relevant organization. If they are not there, contact the organization. The easiest way to do this is via Twitter or Facebook. Reputable organizations are interested in stopping the spread of fake news about them and their experts.

Some pseudo-experts often appear in the media. NTV in Russia reported on the “stormy reaction in the West” caused by Vladimir Putin’s statement from March 3, 2018 that the United States was no longer the leading military power. This view was expressed by Daniel Patrick Welch, presented as an American political analyst.

But a Google search for The Insider found that Welch described himself as “a writer, singer, translator, activist-singing poet.” He sometimes published articles on politics in little-known online publications in which he criticized US policy as militaristic and expansionist. Welsh sympathized with militant groups in eastern Ukraine, calling Ukraine’s official authorities “the junta controlled by Washington.” In Russia, the largest news agencies and television companies refer to him and take comments from him.

Invent experts from the ground up

Sometimes completely fake people are presented in the media as experts to promote particular political views or drive the audience to certain decisions.

For example, “Senior Pentagon Russia Analyst LTC David Jewberg” maintained a popular Facebook page and was frequently quoted in Ukrainian and Russian media as a Pentagon insider related to topics related to Ukraine and Russia. He represented himself as a real person with the legal name “David Jewberg”. A number of well-known Russian opposition figures often cited Jewberg as a respected analyst and real contact.

In his investigation, Bellingcat found that Jewberg was an imaginary persona connected to a group of individuals in the United States who revolved around the American financier Dan K Rapoport. A number of his personal friends and professional contacts helped support this fake persona. Photographs from a college friend were used to represent Jewberg and a number of Rapoport’s friends wrote about Jewberg as if he were a real person.

Another example is Drew Cloud, who has sometimes been cited as one of the leading “experts” on US student loans. It has been revealed that he is fake. This person pitched student loan stories to news organizations and offered to do interviews via email. Cloud has often appeared on financial advisory websites as a guest writer or as the subject of an interview. He does not say where he went to college, but he says he also took out a student loan. When people contacted Cloud for his expertise on student debt, he often suggested that they refinance their loans.

It took the Chronicle of Higher Education to reveal that Cloud was a fictional character created by The Student Loan Report, a website run by a student loan refinancing company.

Twist the experts’ statements or fake them

Often manipulators distort the meaning of the experts’ words, especially by pulling phrases out of context. In May 2018, tweets and blog posts about a TV appearance by sexuality educator Deanne Carson went viral on social media. Users were barred from her alleged advice. She is said to have said that parents should ask a child for permission before changing a diaper.

But this was an exaggeration. She said parents could ask children if it was okay to change diapers to teach them “their response is important”, and that it is not actually possible for infants to agree to a diaper change, according to a review of her statement by Snopes.

There are cases where the opinions of real experts are completely false. To verify them, visit the site of the think tank or organization to which the expert is affiliated. Analyze the focus of his or her research, statements or articles. Do they agree with them on the news?

An excellent example is a story “American Victims of Terror Demand Justice” on a website called CGS Monitor (which has since been taken down). 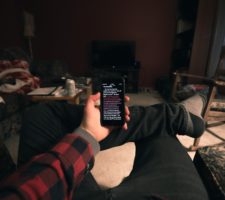 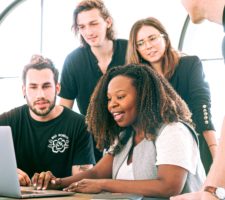 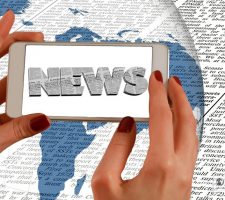